Be one of the first to get a look at what’s new in our Unity 2022 releases with the first public beta, Unity 2022.1.0b1. Get hands-on with the features listed below, and experience the improvements we’ve made for your user experience and iteration speed. We’re continuing our focus on quality, productivity, and performance, and whether you’re looking at artist workflows or programmer experience, we can’t wait to hear what you think.

Get the latest beta from the Unity Hub or on our download page. As of today, it includes over two thousand fixes and more than 600 features and changes. Remember, the beta is not intended for use in production-stage projects. As always, make sure to back up your existing projects if you plan to use them with the beta.

How to provide feedback during betas

Your feedback is the most important part of the beta release. As a token of our appreciation, each original and reproducible bug report boosts your chances of winning one of our beta sweepstakes prizes. Find the details at the end of this blog post.

Unity teams look forward to seeing you explore and test new features. You can report any issues you find by using the Bug Reporter. By clicking Help > Report a Bug…, you can help us to investigate your issue and assign it a ticket in our system for faster resolution by our development teams. Before you submit a bug report, you can check whether your issue is already known by checking our public issue tracker for any similar cases.

Talk to us on the forums

The beta and experimental forums are where the Unity community and staff connect to discuss betas and prerelease technology. Participating in the forums helps Unity teams to evaluate the state of the beta, plan the product roadmap, and better understand developers’ needs and experience to fuel the evolution of Unity tooling. Please share any feedback that you have about this beta in the 2022.1 beta forum.

We continue to make significant progress in optimizing Editor performance, with attention to enabling fast iteration. A big focus for this release has been reducing the time it takes to enter Play mode with faster scene saving, increased use of multithreading to speed up static batching and particle prewarming, and reducing the cost for some package initialization times.

Also linked to iteration time, we are investing in improving the synchronization between making a code change and having it reflected in the Editor. Read this forum post to learn why waiting time may occur and what we’re doing about it. You’ll see further improvements to 2022.1 beta code iteration time in upcoming beta releases.

We’ve sped up scrolling and picking of objects, along with texture preview and multiselection of GameObjects. These optimizations are some of the results of our collaboration with internal and external partners who work on big projects. Another key optimization reduces small file import times by up to 60%. Finally, undo operations featuring large arrays are now up to 100x faster, and we’ve added many underlying performance improvements to the undo system, along with a UI that’s also been backported to Unity 2021.2.

In Unity 2022.1, visual search queries provide a consistent and intuitive user experience for both building and retrieving complex search queries across the Unity Editor. This aims to help you better leverage search functionalities to find the right items in your project faster. 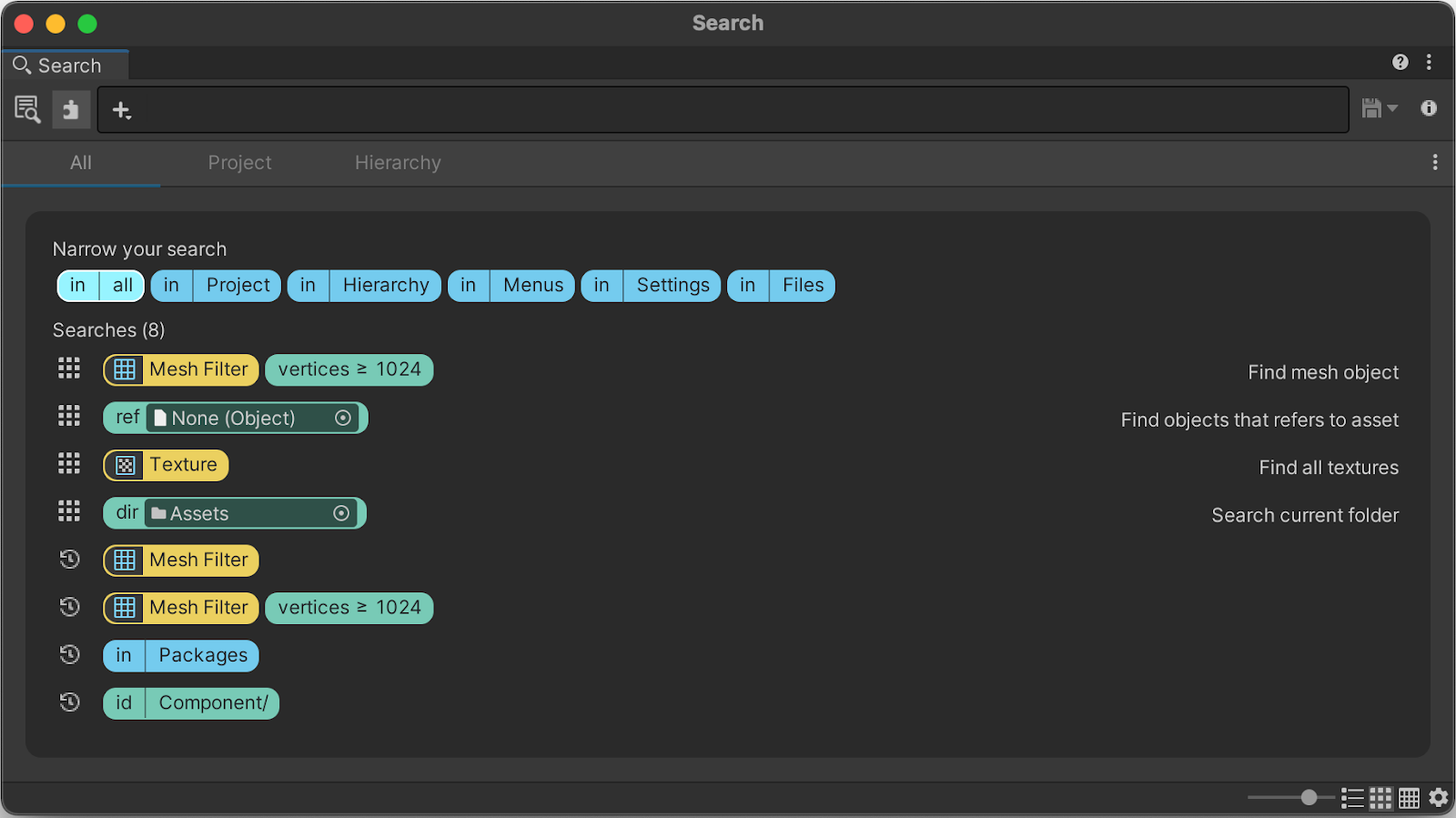 We continue our focus on quality-of-life improvements. For example, in this release, we’ve added a cancel button to the project open progress window. We’ve also improved the shortcut manager to prioritize contextual shortcuts. This feature allows you to set up shortcuts that are only active in an area of focus that you’ve defined.

We’re also introducing two workflow improvements to the Package Manager. In 2022.1, you have the option to choose your cache configuration and settings. You can now also multiselect packages that you want to add, update, or remove within the Package Manager window.

With an increase of distributed packages, we’ve added package signing to all Unity packages. From this version onward, verification package signatures are authenticated when you add packages to your projects through the window or directly through the manifest. The aim is to help you see all non-conforming packages, so you can avoid adding modified Unity packages into your projects.

It can be challenging to navigate the dependency graph to understand the impacts of changing assets, or to know which ones are not referenced at all. Having that information is critical to avoid making changes that will have unforeseen consequences, and it helps you prune unnecessary assets from your project. A new experimental package, Dependency Viewer, provides a quick way to see dependencies in your projects. Learn more about how it works, and share your feedback with the team on the forum.

Our goal for UI Toolkit is to provide a single solution for producing user interfaces that will meet all the needs of developers and designers working on Editor tools or runtime interactive experiences. The 2022.1 beta release is a significant step towards that goal for tool developers. You can now access more UI widgets, programmatically draw custom shapes, and write property drawers using UI Toolkit.

A new spline authoring framework is now available as a prerelease package. You can extend its functionality by building custom components for generating things like rivers or roads. Splines also use our new Edit Modes, allowing you to “dive in” and edit the Spline points and tangents using all the standard editing tools and shortcuts. Try it out, and let the team know what you think in the World Building forum.

The IL2CPP scripting backend will now always generate fully shared versions of all generic methods. This will allow use of generic type combinations that are not present at compile time to avoid a whole class of difficult-to-detect errors that can occur only at runtime.

Frame Timing Manager now supports all platforms, works in-Editor, and provides more information about frame timing. Together, these features allow you to build performance adaption, profiling, and reporting tools on every platform. Learn more and talk directly to the team in this forum thread.

The System Metrics Mali package allows you to access low-level system or hardware performance metrics on mobile devices for profiling or runtime performance adjustments. For example, you could use the package to:

Netcode for GameObjects is our first-party, open-source netcode library built for the Unity Editor. With the release of version 1.0.0-pre, the package has officially transitioned to the prerelease state. This version extends the feature set available on the experimental release and makes it easier for creators to build moderate-pace, small-scale, cooperative games. Additionally, it includes support for the new Relay Service, enhancements to the Unity Transport, and a new network profiler tool.

To get started with Netcode for GameObjects, you can head over to the multiplayer networking documentation for install instructions and tutorials. Also, check out the official education sample, Boss Room, which is a fully functional co-op multiplayer RPG. It’s built to serve as an educational sample that showcases cooperative, client-hosted, relay-backed gameplay patterns that are frequently featured in similar networked games.

Join the Netcode for GameObjects forum and official Discord Server to share your feedback and find help getting started.

In a more complex setup, you will also be able to create variations of a variant material. This concept of a material inheritance hierarchy will promote reusability and improve the iteration speed and scalability of material authoring in a project. 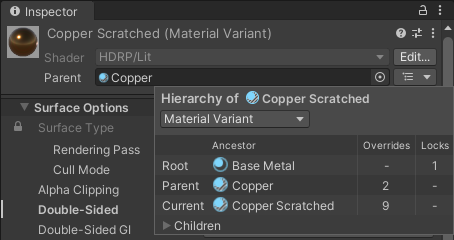 The Visual Effect Graph now offers multiple modes to sort particles (based on their distance from the camera, camera depth, age, or any custom input), as well as multiview editing, which eases the authoring of complex graphs with subgraphs.

We’ve also given you more control over texture importing, so you can get more optimal results for your specific needs. You can now check the Flip Green Channel option for normal maps, and we’ve also added a full Swizzle to Advanced Settings, where you can invert or remap the texture color channels. 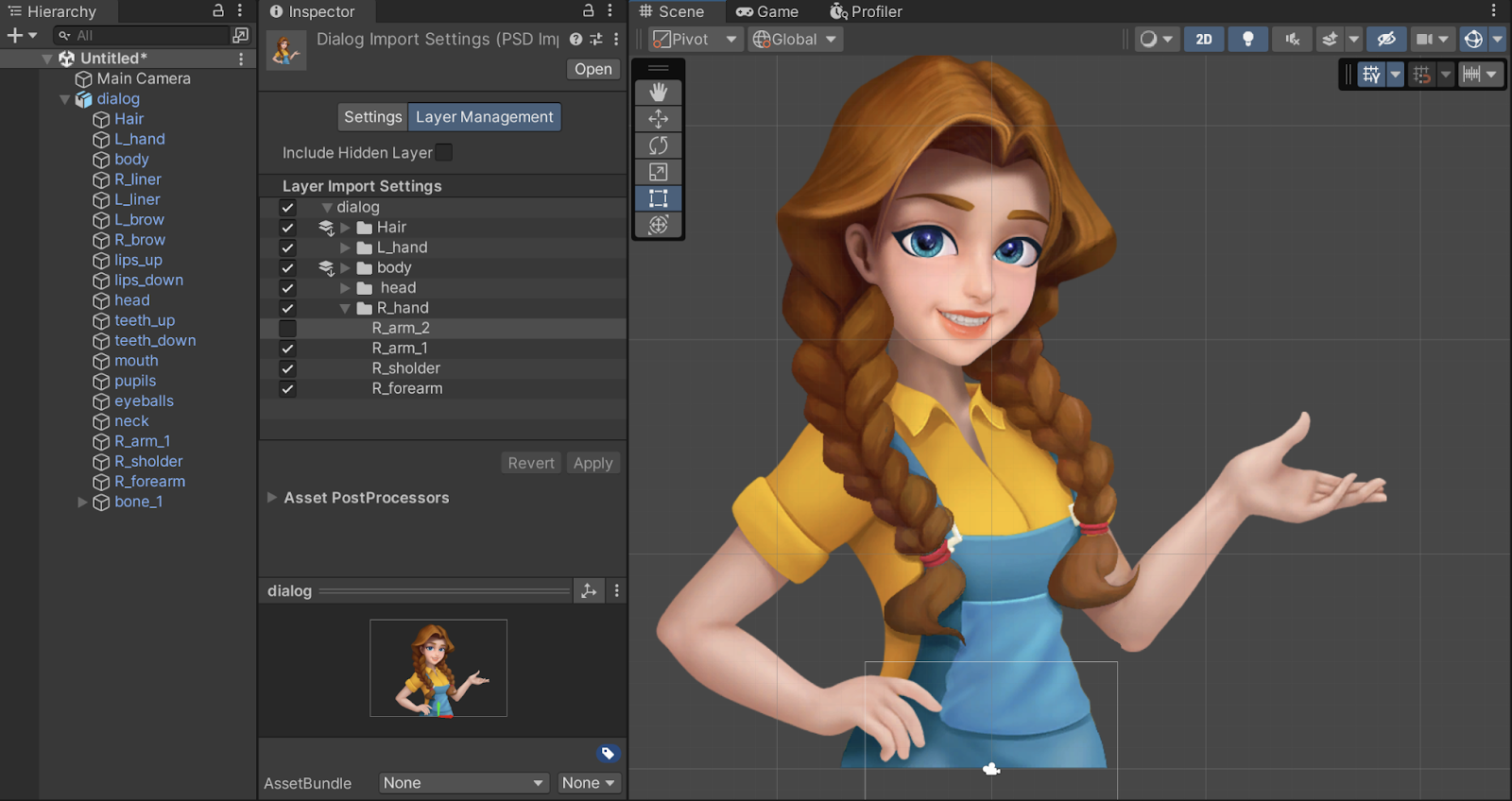 2D PSD Importer now has support for importing files with the PSD file extension. You can also control which layers to import from a Photoshop file by selecting them from a new tab in the PSD Importer inspector. We’ve also added the ability to set padding between sprites in mosaic mode. Alongside this, we now provide a set of APIs for PSD Importer’s import settings. 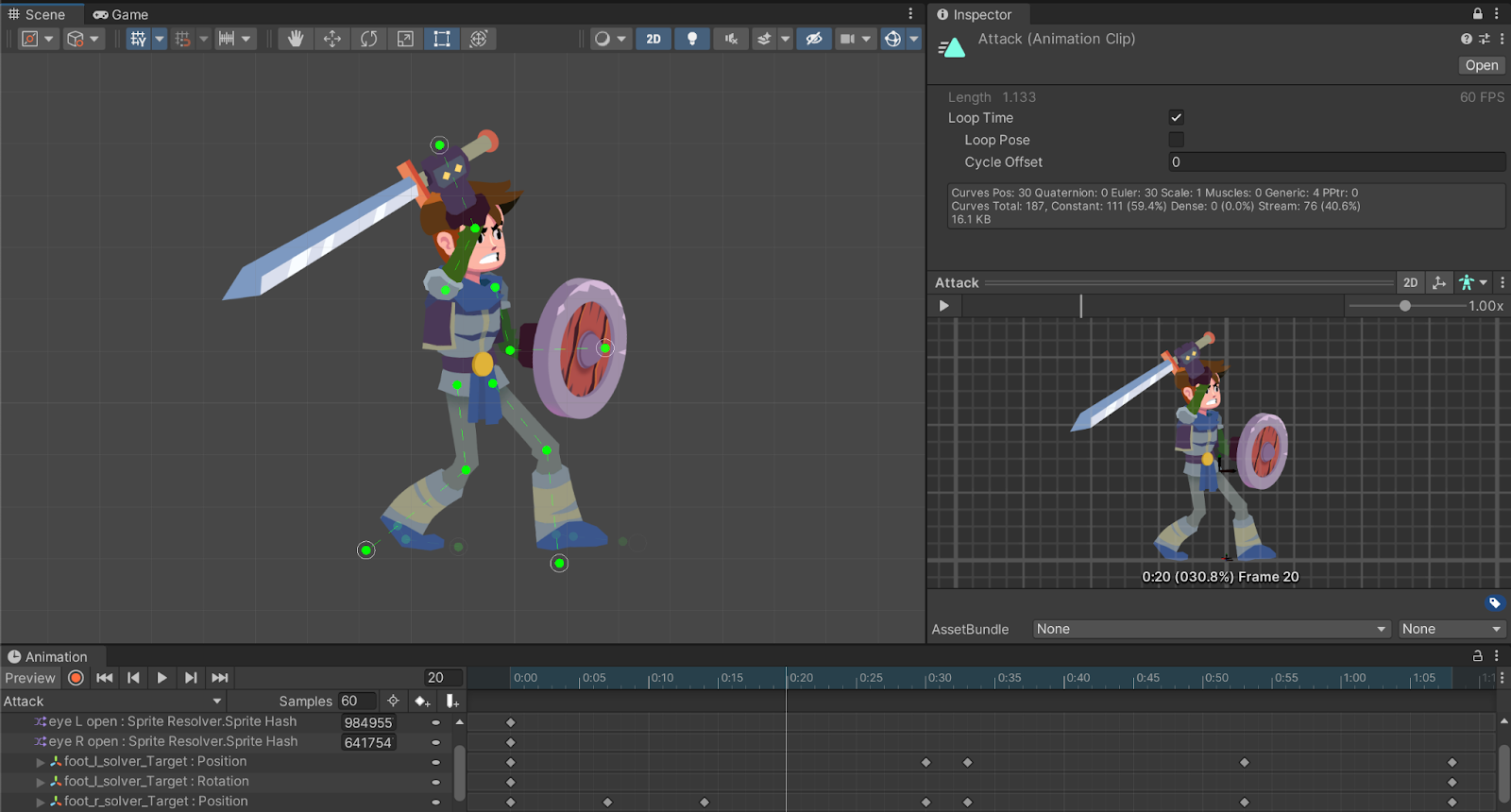 In the 2D Animation 8.0 package, we have focused on the Sprite Swap feature by streamlining Sprite Swap keyframing in the Animation window. We have also improved animation quality of life for 2D by adding support for Sprite deformation, Sprite Swap, and IK Solvers in animation preview windows, as well as introducing a Character Pivot tool in the Skinning editor. Additionally, we introduced an asset upgrading tool to upgrade older Sprite Library Assets and Animation Clips to the latest version. 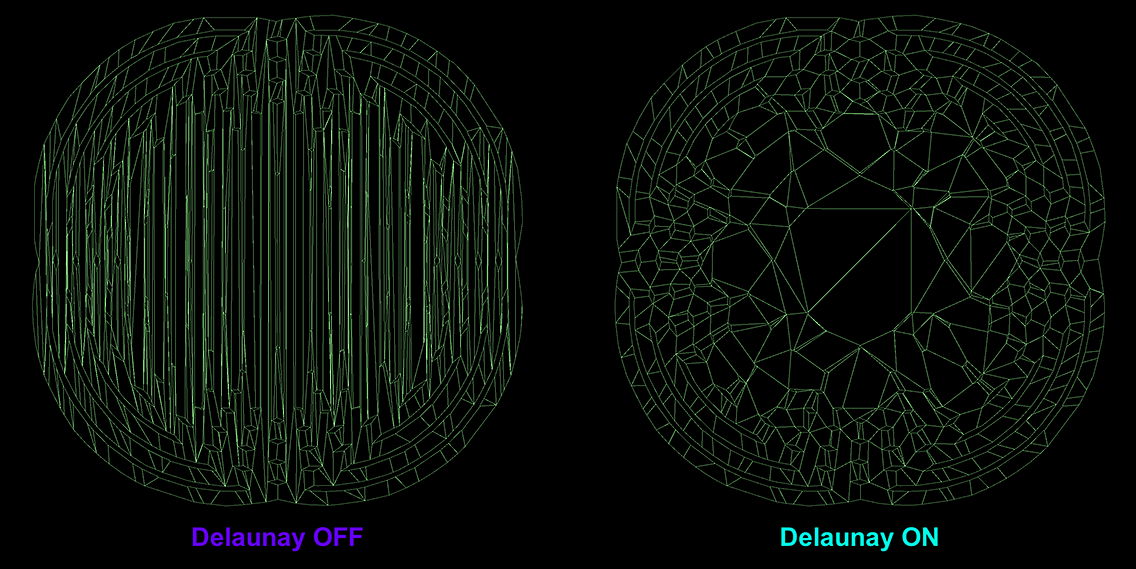 In 2D physics, polygons, and outlines on the PolygonCollider2D, CompositeCollider2D, and TilemapCollider2D are produced via libtess2. Often, those polygons can be too thin or small and are filtered out by the physics engine. We’re introducing Delaunay tessellation, which produces far superior results in these cases; it not only stops producing polygons that are too thin or small but also produces fewer polygons to cover the same area. 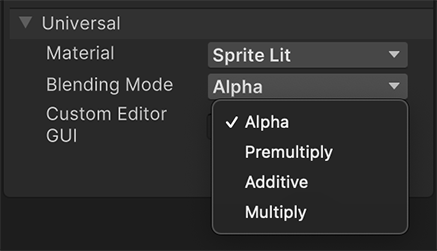 Join the discussion in the 2D Pre-release forums here.

Unity 2022.1 brings multiple updates for our virtual camera tools as well as Timeline.

You can now modify the camera constraint properties on the Cinemachine Virtual Cameras using Scene Overlays and purpose-built scene handles, as opposed to relying on property fields in the Inspector. Adjust field of view, clipping planes, and offsets directly in the Scene view.

Timeline now adds the option to play every frame and also to ensure that the playhead consistently lands on whole frames, ensuring accuracy for film and video animators. For example, you can synchronize data capture of the Unity Face Capture and Unity Virtual Camera companion apps. 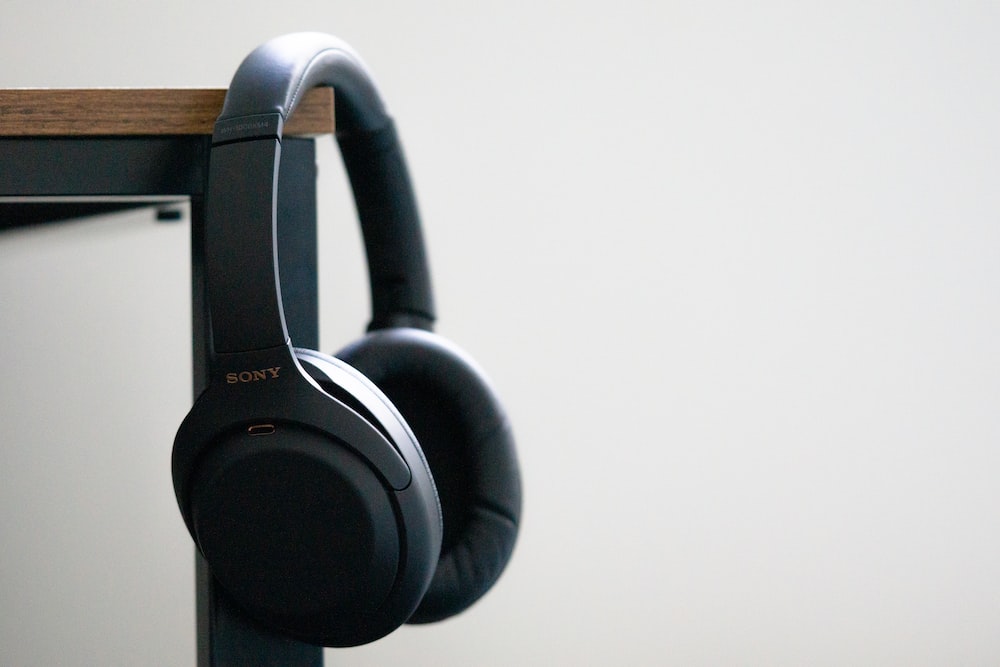 An original bug is one that has not yet been reported at the time of submission and has been reproduced and acknowledged by Unity as a bug. Make sure to add #Beta2022Win_Headphones in your bug report submission. Every additional valid submission increases your odds of winning, but no participant can win more than one prize.

No purchase necessary. Void where prohibited. See the full rules here. We will contact the winners directly.

The following is intended for informational purposes only, and may not be incorporated into any contract. No purchasing decisions should be made based on the following materials. Unity is not committing to deliver any functionality, features or code. The development, timing and release of all products, functionality and features are at the sole discretion of Unity, and are subject to change.

ByKristyna Hougaard
December 9, 2021 in Technology | 10 min. read
Topics covered
2022.1Beta
What is a legacy comment?Read about our new commenting system here
Partners
"Unity", Unity logos, and other Unity trademarks are trademarks or registered trademarks of Unity Technologies or its affiliates in the U.S. and elsewhere (more info here). Other names or brands are trademarks of their respective owners.