We have spent the last six months building new key functionality that addresses the three key pillars of quality, productivity, and performance in the 2021.2 Tech Stream release, which is available for download as of today.

We released a beta of these features in July, giving you the opportunity for hands-on exploration and to share your feedback. Special thanks go out to all of our users who have contributed their feedback during the pre-release phase. These insights have helped us ensure that the Tech Stream is stable and ready for those of you who need to incorporate new features into your projects now.

We provide full support for the current Tech Stream. All of our core platform releases, whether they’re beta, Tech Stream, or Long Term Support, can be installed directly within the Unity Hub.

The new 2021.2 Tech Stream release continues our focus on quality, productivity, and performance for both programmers and artists. This stable release will empower you to be significantly more efficient, and your games more performant. Let’s take a look at these three themes that guide our feature development, and what you can expect in this release.

To better support the full ecosystem of platforms, Unity introduced our standalone player for Apple silicon last year, ensuring that Unity games would be future-proofed for this exciting new version of macOS. In version 2021.2, we have brought macOS development workflows natively to M1 with Editor support for Apple silicon. You can access the Apple silicon builds directly from the Hub beta, or you can download the standalone installer directly. Instructions for both can be found on the forums. More information about the Hub beta can be found in the Hub forum.

Quality means two things for us at Unity – providing you the highest quality of life with Unity's Editor, tools, and services so far, along with giving you the tools to create the highest-quality games for your players (read more on our commitment to quality).

A primary focus for this release has been extensive work on the Universal Render Pipeline (URP). We’ve taken a big step towards ensuring that URP is at feature parity to the Built-In Render Pipeline, so you can rely on key features and functionality while also capitalizing on the greater benefits URP offers. 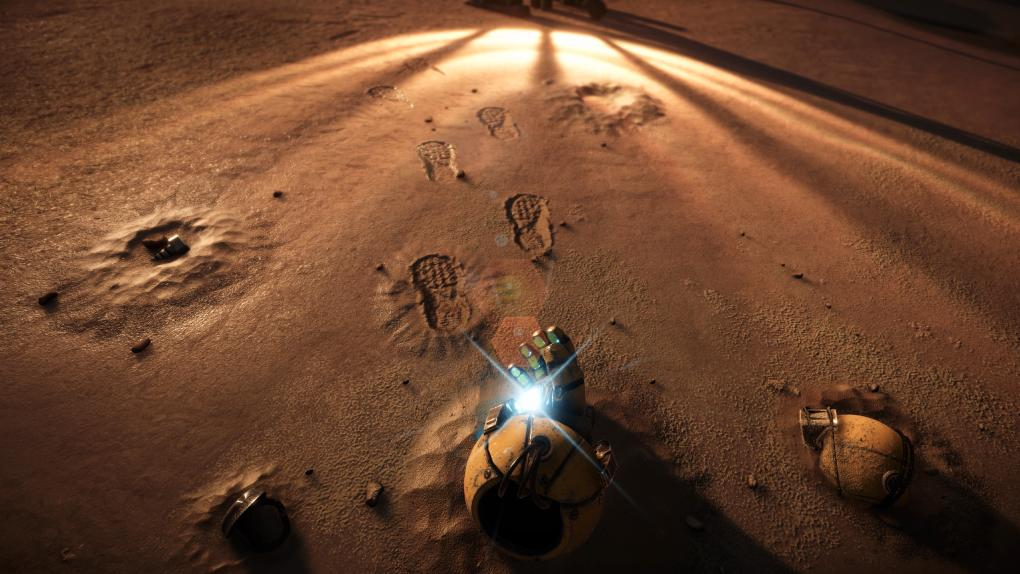 Another aspect of our quality work is to ensure that you have the latest standards supported for writing code, so we’ve upgraded our Mono and C# support to give you access to today’s coding standards.

We want you to be as productive as possible. That means less downtime waiting for builds, faster transitions between edit and play modes, better shortcuts, updated syntax, and more.

One of our most exciting additions in this release is feature sets. These give you the ability to quickly install and configure a set of packages designed for a particular outcome – all with one click. Feature sets make adding a new feature to your project incredibly efficient, while also eliminating the possibility of missing a critical package that you need. 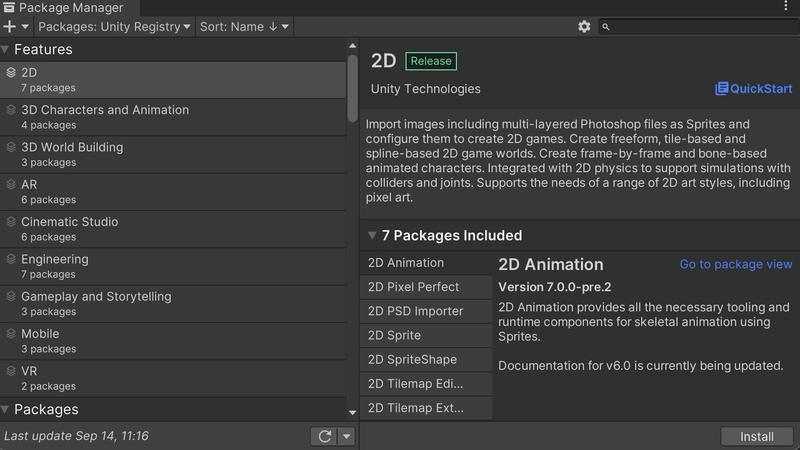 In addition, we’re providing a collection of samples and preset templates for URP-based projects to help you get started more quickly.

We’ve increased performance on multiple fronts. First, we are giving you smoother workflows, faster testing, and higher frame rates while creating your projects.

We have improved deferred rendering URP support on some mobile platforms to give you greater performance flexibility to suit project needs. An enhancement to the UI Toolkit allows you to author runtime UI, and now the Visual Effect Graph supports rendering lit particles in URP on Android, iOS, and ARCore and ARKit compatible devices. An upgrade to Unity WebGL powers faster build times and smaller WebAssembly outputs, enabling quicker loading and play times for your users.

How does this release fit into our overall cadence? The following diagram shows how we have tentatively planned five effective releases available for all Unity users. Today’s Tech Stream represents the last release before the Long Term Support (LTS) version that will arrive early next year.

Beta releases are published for Tech Stream 1 and 2 a few months prior to the intended release. These beta versions give you early access to our intended features, so you can battle-test them against your own projects and share your feedback to help us make the products better.

This is an opportunity to help us shape future Unity versions, since APIs and feature definitions may not be complete. If you find something that doesn’t work in the real world, let us know. Find out more about our beta program here.

Tech Streams are typically released twice in the yearly cadence – once around 12 months before our intended final, production-ready release, and again six months later. Tech Stream releases give you access to the latest in-progress features, so you can explore new capabilities for your project and pressure-test components as we continue to stabilize them. Each Tech Stream release is fully supported until the next Tech Stream release comes along.

The second Tech Stream release of the year, launching today, is particularly significant because it represents the final functionality changes we’ll make in the product this year. Between now and the LTS release, we will focus exclusively on stability, polishing performance, ensuring productivity, and improving the quality of our tools wherever we can. You can use functionality we introduce in Tech Stream 2 going forward with no major API changes or features being added or removed.

Finally, after the next six months of testing, we release the LTS version. Having an additional half-year of attention from our engineering teams, this release rolls up mature builds of the features and improvements made over the previous 12 months into a single installation with two years of support. If you’re on an older version but not ready for a Tech Stream release, you might want to take a look at the current LTS and the enhanced features you could leverage.

Don’t forget to change your Editor version to 2021.2 if you want to upgrade an existing project. Click the dropdown next to the project’s current Editor version and select 2021.2, and the next time you open that project, it’ll automatically prompt you to upgrade to the latest Editor. 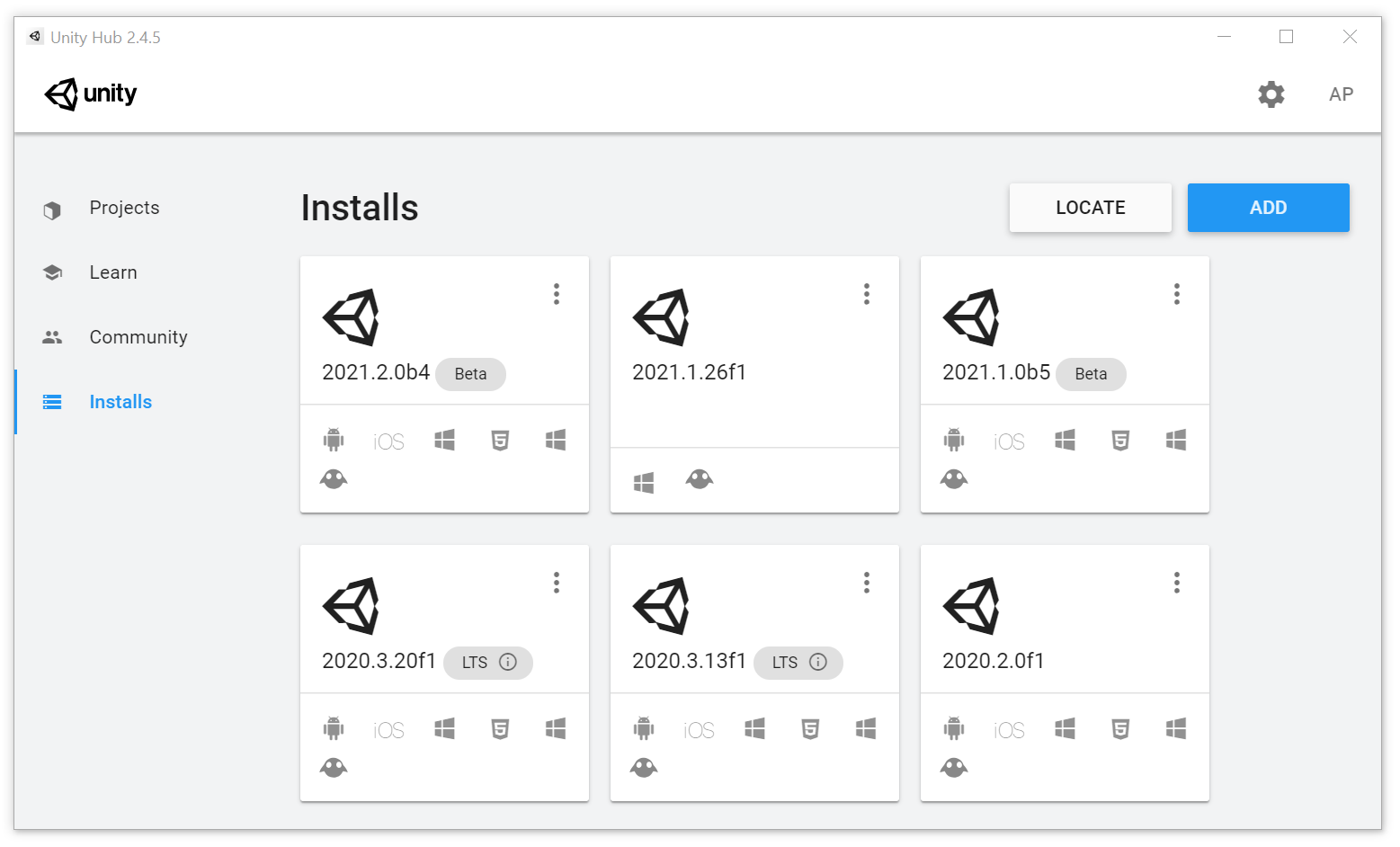 This is just a taste of the full feature and improvement list in 2021.2. Check out the official release pages to get more details, with lists for both programmers and artists. You can find a comprehensive list of all issues, feature additions, and other improvements in the release notes.

Finally, we want to hear from you. Everyone’s needs are different, so we hope you’ll share feedback on your experience with working with Unity 2021.2 Tech Stream. If you notice something awry or unexpected, post in the forums. Our teams are constantly reviewing the posts there for things we can improve.

Of course, let us know what you like about this release, too! When we know that something is hitting the mark for your needs, we can enhance it further and ensure it’s as stable as possible to better fuel your creativity.

ByAndrew Parsons
October 26, 2021 in Technology | 10 min. read
Topics covered
2021.22020 LTS
What is a legacy comment?Read about our new commenting system here
Partners
"Unity", Unity logos, and other Unity trademarks are trademarks or registered trademarks of Unity Technologies or its affiliates in the U.S. and elsewhere (more info here). Other names or brands are trademarks of their respective owners.