The latest tools and features for 2D creators

The Unity 2021.2 Tech Stream release is now available. As part of this release, we’ve included a number of new features and improvements for artists and designers like you to optimize your creative workflows and create deeply immersive experiences.

When it comes to 2D, more specifically, this release focuses on smoother workflows for PSD imports and the creation of 2D characters, enhanced performance and extensibility for Tilemap and 2D Physics, as well as new functionalities for 2D Graphics to refine the rendering of beautiful and highly performant 2D experiences.

Keep reading for details on these updates.

2D Animation 7.0 supports the user experience through the Skinning Editor. You can now harness the Sprite Influence tool to detect the Sprites that a selected Bone influences. Plus, the newly added color picker in the Visibility panel helps with modifying bone colors.

Join the discussion surrounding these changes on the forum for 2D Animation 7.0.

2D PSD Importer 6.0 for Unity 2021.2 prioritizes layer management and mapping to facilitate the use of workflows from Photoshop and other image-editing tools in Unity.

In particular, we’ve added the ability to map Sprite Rects to the layer name in a Photoshop file, as opposed to layer IDs. This is useful for iterating with PSDs produced from third-party image-editing tools that do not export layer IDs.

Collapsing the layers in a Photoshop file’s Layer Group enables a workflow where multiple layers of art in Photoshop can generate a single Sprite in Unity. This means that it’s no longer necessary to merge layers in Photoshop beforehand.

Let’s get to know the new 2D Graphics features available in the Universal Render Pipeline (URP) 12.

First, we’ve added a 2D URP Project Template to Hub so you can quickly get started with a 2D project configured for the 2D Renderer in URP.

There’s also a new 2D Light Texture node in Shader Graph that allows for the sampling of Light Textures generated by the 2D Renderer. This can be combined with the Sprite Custom Lit material in Shader Graph’s Universal target to customize the final output for shaders that need to modulate their interactions with 2D Lights. There’s even a new Sprite option part of the Main Preview in Shader Graph that avoids rotation. This makes it a strong default preview for URP Sprite shaders.

Lastly, we’ve added a 2D Lights tab to the Light Explorer window, so you can select and edit all of the 2D light sources in your scene.

To accompany this release, we’ve updated the samples and provided a few new ones to demonstrate the power of 2D Graphics for URP 12. Get the 2D Renderer samples here.

The samples are organized into two basic groups:

For this release, we’ve incorporated the following samples: 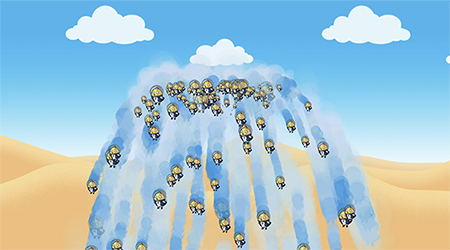 This simple scene depicts the ways that the 2D Renderer and VFX Graph work together. 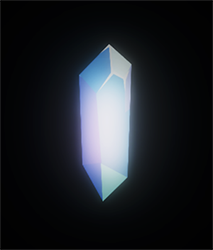 This sample highlights the new 2D Light Texture node in Shader Graph. See how an Emissive mask Secondary Texture on the Sprite is used to sample and modulate Light Textures generated by the 2D Renderer. It also looks at Bloom post-processing to extend the glow beyond the Sprite’s pixels.

The inspector for the 2D Pixel Perfect Camera component of URP simplifies the user experience. In fact, we’ve renamed and reorganized the options for Crop Frame and Grid Snapping.

In 2021.2, we’ve made multiple changes to accelerate the overall performance of Tilemaps. You can now set multiple Tiles on a Tilemap and RuleTile cache faster than before. We’ve also reworked the placement of Tiles generated from Sprites with Textures sliced using the Isometric Slicing option in the Sprite Editor.

Here are some other extensibility enhancements made to Tilemap:

This group represents a simple collection of primitive shapes:

Go to the 2D Physics Samples GitHub repo to access the following scenes and witness CustomCollider2D and PhysicsShapeGroup2D in action:

Join the official forum discussions on these samples here:

How to get started

Gain access to the latest features for artists and designers in the 2021.2 Tech Stream and be sure to explore this overview of 2D tools.

Take a look at our public roadmap, vote for features under consideration, provide possible use cases, and ask for more features all in one place.

Preregister to get a copy of the upcoming free e-book, 2D game art, animation, and lighting for artists. Our new expert guide will help you make the most of the latest 2D graphics tools in Unity. In 150 pages, learn how to:

Download your free copy of the Unity Game Designer Playbook, a guide to inspire and instruct game designers who want to prototype, craft, and test gameplay in Unity. You can also read about it in our blog.

BySharon Shi, Rus Scammell
December 17, 2021 in Games | 9 min. read
Topics covered
2D2021.2
What is a legacy comment?Read about our new commenting system here
Partners
"Unity", Unity logos, and other Unity trademarks are trademarks or registered trademarks of Unity Technologies or its affiliates in the U.S. and elsewhere (more info here). Other names or brands are trademarks of their respective owners.